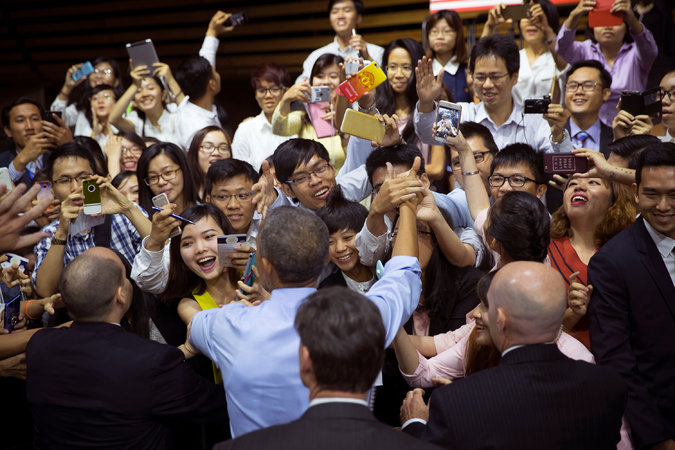 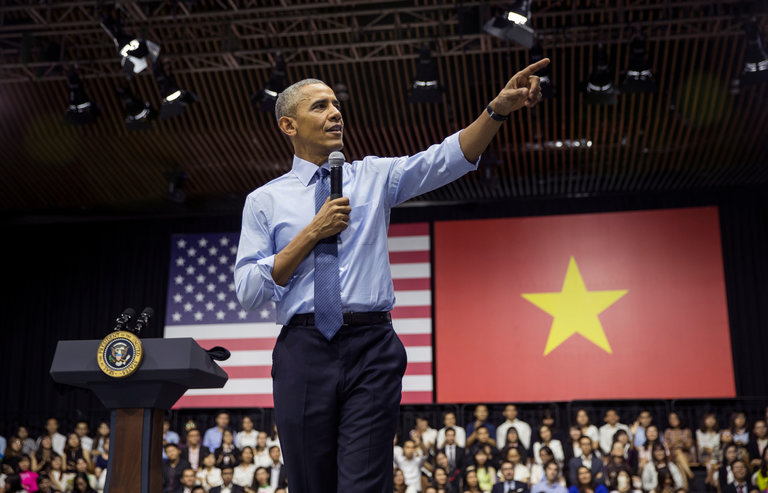 “HO CHI MINH CITY, Vietnam — President Obama told a gathering of young Vietnamese on Wednesday that the country need not worry about losing its most talented people, but then he proceeded to describe conditions for emigration that fit Vietnam perfectly.“

The places that lose talent, it’s where there’s a lot of corruption,” Mr. Obama said in Ho Chi Minh City at a town-hall style meeting of the Young Southeast Asian Leaders Initiative, a United States-sponsored mentoring program.Mr. Obama said that people despair of having to pay bribes to start businesses or do the things they want to do, so they leave.Vietnam is deeply corrupt, and development agencies and businesses say they must pay bribes to government officials for anywhere from 20 percent to 50 percent of the cost of a project to get it completed.Another reason people leave their home countries is environmental issues, Mr. Obama added. “No job is so important that it’s O.K. if your children have asthma and they can’t breathe.

The United States Embassy in Hanoi, the capital, recently installed air pollution monitors, and during Mr. Obama’s speech, the level of the most dangerous particles in Hanoi was 158, which is considered unhealthy. High pollution levels substantially increase the risk that children grow up with asthma and weakened lungs. Heavy pollution also increases the risk of heart attacks and strokes in adults.”