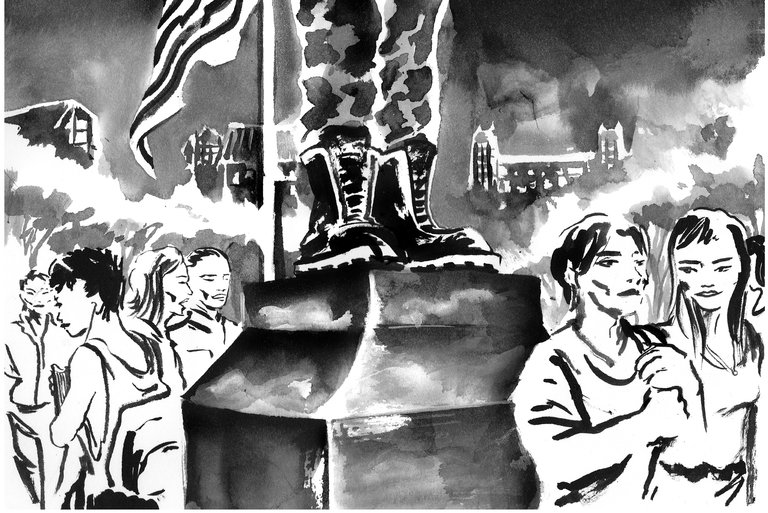 “Los Angeles — EVEN today, Americans argue over the Vietnam War: what was done, what mistakes were made, and what were the lasting effects on American power.This sad history returns because of Bob Kerrey’s appointment as chairman of the American-sponsored Fulbright University Vietnam, the country’s first private university. That appointment has also prompted the Vietnamese to debate how former enemies can forgive and reconcile.What is not in dispute is that in 1969 a team of Navy SEALs, under a young Lieutenant Kerrey’s command, killed 20 unarmed Vietnamese civilians, including women and children, in the village of Thanh Phong. Mr. Kerrey, who later became a senator, a governor, a presidential candidate and a university president, acknowledged his role in the atrocity in his 2002 memoir, “When I Was a Young Man.”Those in the United States and Vietnam who favor Mr. Kerrey’s appointment see it as an act of reconciliation: He has confessed, he deserves to be forgiven because of his efforts to aid Vietnam, and his unique and terrible history makes him a potent symbol for how both countries need to move on from their common war.I disagree. He is the wrong man for the job and regarding him as a symbol of peace is a failure of moral imagination.”

Source: Bob Kerrey and the ‘American Tragedy’ of Vietnam – The New York Times

I have not made up my own mind on this yet. I am still collecting information, and processing it.

Here is a comment thought, one of many from the NYT comments which I think is helpful and significant:

“As I long time Vietnam resident (23 years) I cannot agree with Bob Kerrey’s appointment to the Fulbright University. It is a divisive issue here and I am at a loss to understand the lack of sensitivity in this appointment.
I understand Mr. Kerrey has been supporting fundraising for this project for a number of years. A role he can continue to undertake, but not full-time in Vietnam.
I can understand that Mr. Kerrey is trying to atone for past deeds, but his past actions will always be in the background during his tenure at Fulbright which will make his task more difficult and perhaps less effective.
I see the major benefit of the Fulbright as not just delivering “free-market values” to Vietnam but also being an open education model that will slowly force the State higher education institutions to reform and adopt teaching methods that will produce graduates with enhanced innovative thinking capabilities.
I do not agree with Mr. Nguyen regarding a memorial to the Thanh Phong victims at the Fulbright as this idea is directly related to Mr. Kerrey’s appointment. In my opinion, and if there is to be a memorial, the Fulbright should consider erecting a “generalized” memorial to all atrocity victims from this period so that the Fulbright stands as a symbol of reconciliation.
Similarly, Mr. Nguyen’s scholarship proposal should not just focus on Thanh Phong, it should assist as many disadvantaged students as possible from all over the country.”