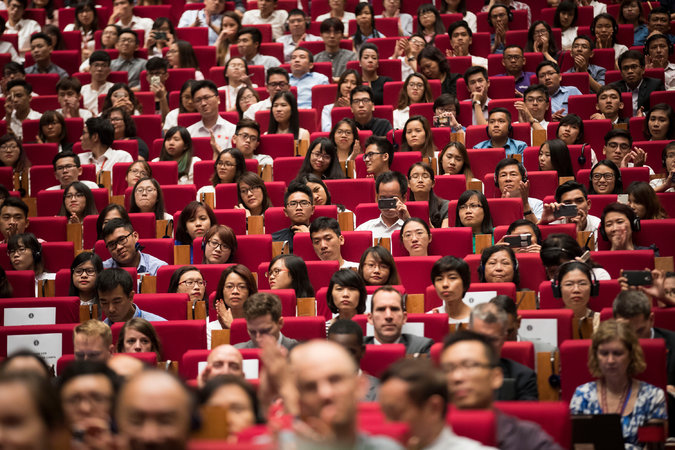 HANOI, Vietnam — President Obama won enthusiastic applause here on Tuesday with a supportive reference to Vietnam’s disputes with China, saying in a speech that “big nations should not bully smaller ones.” But several activists who had been scheduled to meet with him before the speech were prevented from doing so, underscoring the gulf with Hanoi on human rights.The White House had requested the meeting as a signal to Vietnam’s Communist government that the United States cares about human rights here. Mr. Obama spent more than his allotted time with the six Vietnamese civil society leaders who did attend the meeting at a JW Marriott hotel, but he said that several others had been prevented from coming.

“Vietnam has made remarkable strides, the economy is growing quickly, the Internet is booming, and there’s a growing confidence here,” Mr. Obama said when a group of reporters were briefly allowed into the meeting. “But as I indicated yesterday, there’s still areas of significant concerns in terms of areas of free speech, freedom of assembly, accountability with respect to government.”

Source: As Obama Presses Vietnam on Rights, Activists Are Barred From Meeting – The New York Times