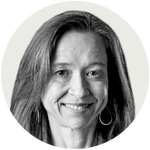 “There has been an emperor in Japan for more than 15 centuries, making the Chrysanthemum Throne the world’s oldest continuous monarchy. On Tuesday, the emperor stepped down, yielding to his eldest son in the first abdication in 200 years. This is the family’s story.

We know him as Akihito, the emperor of Japan, a gentle figure who championed peace in a nation devastated by war. But she called him Jimmy.

It was the autumn of 1946, a year after the end of the Second World War, and he was a 12-year-old boy, the crown prince of a defeated land, sitting in an unheated classroom on the outskirts of Tokyo. There, a new American teacher insisted on a more prosaic name for his highness. His father, the wartime emperor, Hirohito, had been revered as a god, but she made clear he never would be.

“In this class, your name is Jimmy,” declared the teacher, Elizabeth Gray Vining, a 44-year-old librarian and children’s book author from Philadelphia.

Source: Japan Would Make Akihito Emperor, but She Called Him ‘Jimmy’ – The New York Times