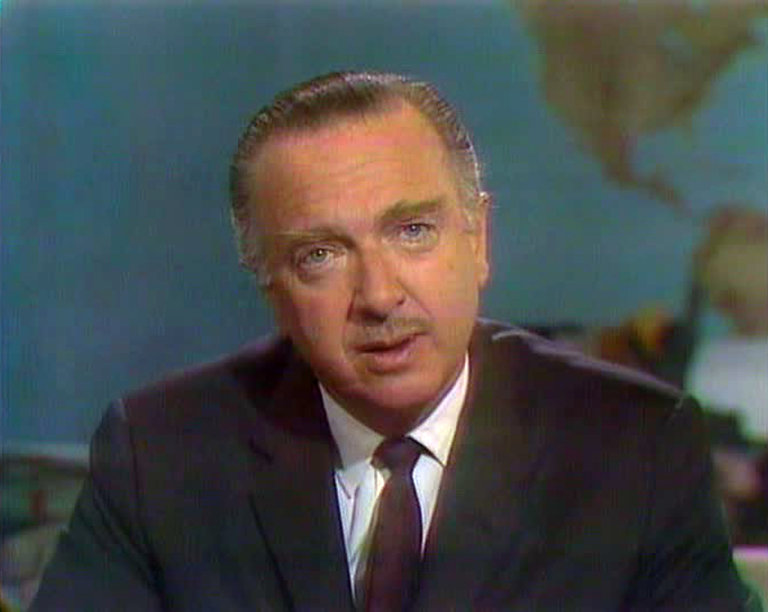 “One of the enduring myths of the Vietnam War is that it was lost by hostile American press coverage.

Exhibit A in this narrative is Walter Cronkite, the CBS News anchor, billed as the nation’s most trustworthy voice, who on Feb. 27, 1968, told his audience of millions that the war could not be won. Commentary like this was remarkable back then because of both custom and the Fairness Doctrine, a federal policy requiring broadcasters to remain neutral about the great questions of the day.

The doctrine was rescinded in 1987, so now we have whole networks devoted to round-the-clock propaganda. But when Cronkite aired his bleak but decidedly middle-of-the-road assessment of the war 50 years ago, immediately after the Tet offensive, it was a significant departure. It struck like revelation. From the pinnacle of TV’s prime-time reach, he had descended to pronounce:

“To say that we are closer to victory today is to believe, in the face of the evidence, the optimists who have been wrong in the past. To suggest we are on the edge of defeat is to yield to unreasonable pessimism. To say that were are mired in stalemate seems the only realistic, yet unsatisfactory, conclusion.” “

Source: When Walter Cronkite Pronounced the War a ‘Stalemate’ – The New York Times

In 1789, When Nguyen Hue defeated the Chinese invaders camped near Hanoi, it was the 7th time since AD 937, that the Vietnamese had defeated the Chinese in pitched battle. The Viets were at their very core, the people who threw foreign invaders out of their land. In 1858, the French invaded Vietnam, and it took them a year to win that first great battle. It took them till 1913 to destroy last group of resistance fighters. They proceeded to exploit and rape the country for roughly 100 years, until the Japanese invaded during WW II, and the French surrendered without a fight. About 1933, the French colonial government announced an amnesty. The non-communist nationalist resistance group turned in their guns. They were rounded up and executed. The communist did not come forward. After the massacre, only the communist resistance group was left to continue the fight against the French. During WW II, only Ho Chi Minh and his communist fighters fought successfully against the Japanese. He was aided with guns, supplies and money by the US OSS. He was our man in Vietnam against the Japanese. By 1954, when these Viets defeated the French, they were national heros, three times over. It is hard to believed anyone could undermine their national popularity. They had earned the mandate of heaven. David Lindsay Jr. is the author of “The Tay Son Rebellion, Historical Fiction of Eighteenth-century Vietnam,” and blogs at The TaySonRebellion.com and InconvenientNewsWorldwide.wordpress.com