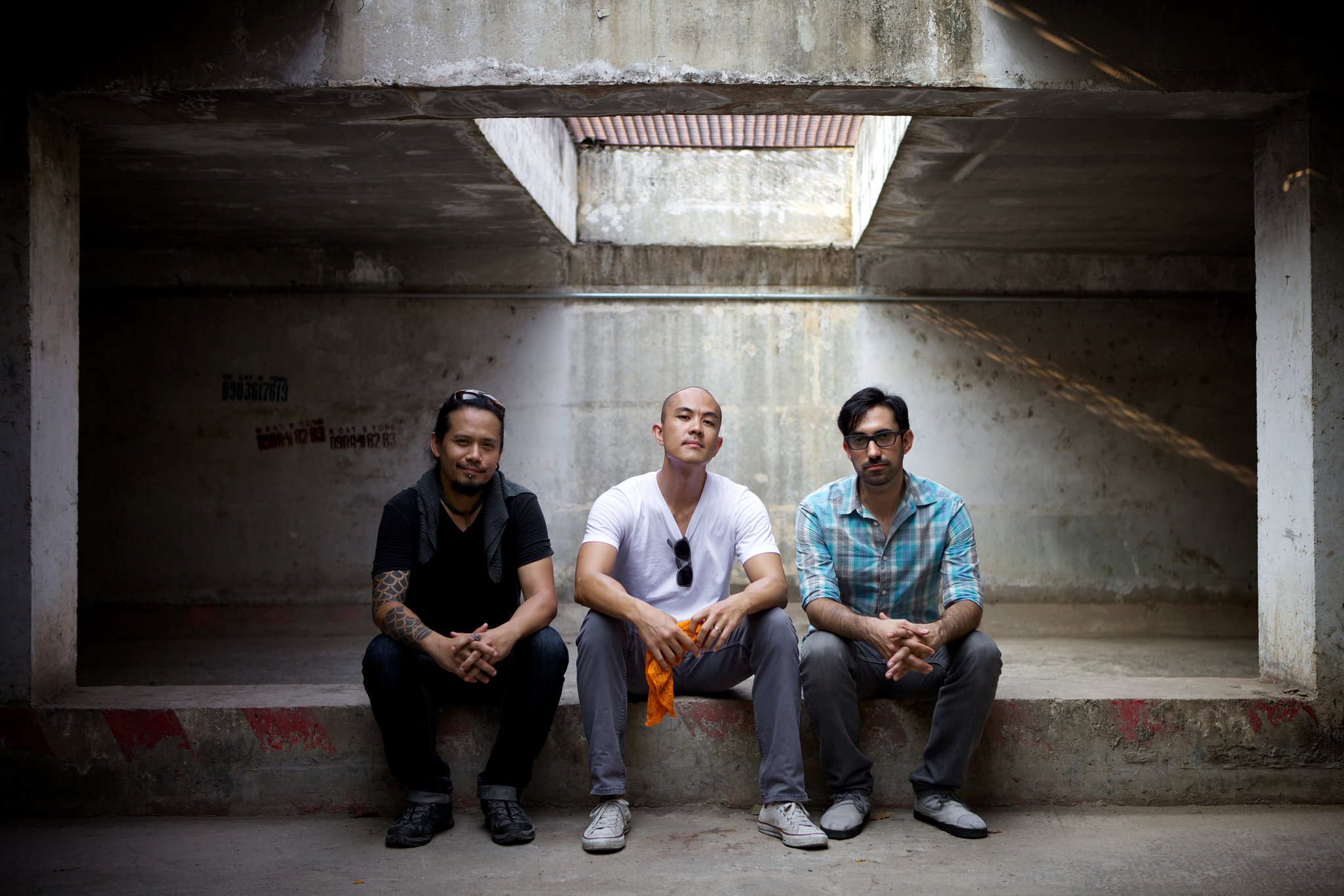 “HO CHI MINH CITY, Vietnam — In 1978, when he was 2 years old, Tuan Andrew Nguyen was on a plane to the United States. He and his parents were “boat people,” postwar refugees from Communist Vietnam. They were lucky: After a week at sea in a small, open craft, they made landfall on Bidong Island, a speck of land that would soon become the world’s largest refugee camp. Then an American church group offered to resettle them in Oklahoma. When Tuan started crying somewhere over the Pacific, a flight attendant gave him a Dennis the Menace comic book. It’s his earliest memory.

Today, at 41, Mr. Nguyen is living in the city his parents fled, one of eight million souls careening around its overheated streets on motor scooters. He is a Viet Kieu, an overseas Vietnamese, who came back with alien influences like hip-hop, graffiti art and comics. He is also a member of the Propeller Group, an artists’ collective that offers a sly commentary on contemporary Vietnam through works like “Television Commercial for Communism,” a 60-second spot that purports to repackage the ideology of Marx and Lenin as a sleek, egalitarian, consumer-friendly lifestyle. It comes with a manifesto, of course, but also with a 24-page booklet of “brand guidelines.” The logo for the new Communism “has been carefully crafted to be fair to every letterform,” the guidelines specify in deadpan fashion. “Equal spacing is important.”

Source: Is It an Art Collective or a Vietnamese Ad Agency? Yes and Yes – The New York Times