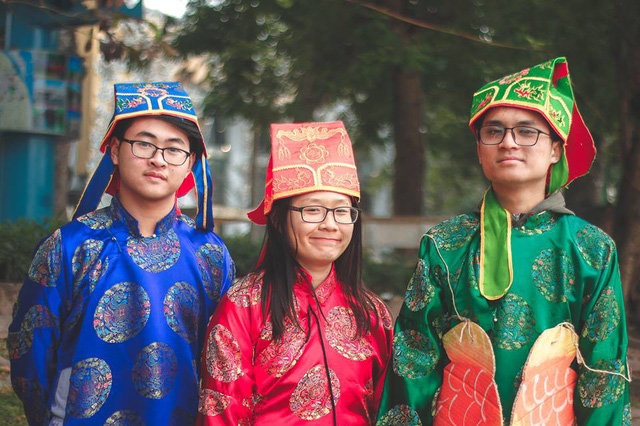 “Cleaned the house? Made the Kitchen Gods happy? Busy making cakes? Then you’re on the right track to a great Lunar New Year or Tet!

The cleaning is not just about starting the new year on the right foot. Apparently Vietnamese believe that luck clings to dirt and dust, so when Tet comes you are collecting the ‘new luck’ of the new year. It’s also why they don’t usually sweep the house during the first four days of the lunar year! It’s probably the best excuse I’ve ever heard of being lazy about housecleaning!

Have you got your Vietnamese phrase memorized yet? ‘Chuc Mung Nam Moi’ is roughly spoken like ‘Chook Muung Nam Mooi (‘oi’ sound)’. It doesn’t matter about what the gold and red banners are saying, it’s pretty obvious – mostly making wishes for the coming year.

Keep in mind that the actual holiday stretches out over 1 day before and about 3 to 5 days after the real date (the 16th of February) so lots of shops, banks, and importantly, visa offices will close earlier and re-open later. I often check with my local pubs and favorite shops about this so there are no nasty surprises.”

Source: Getting ready for Tet in Vietnam – Tuoi Tre News