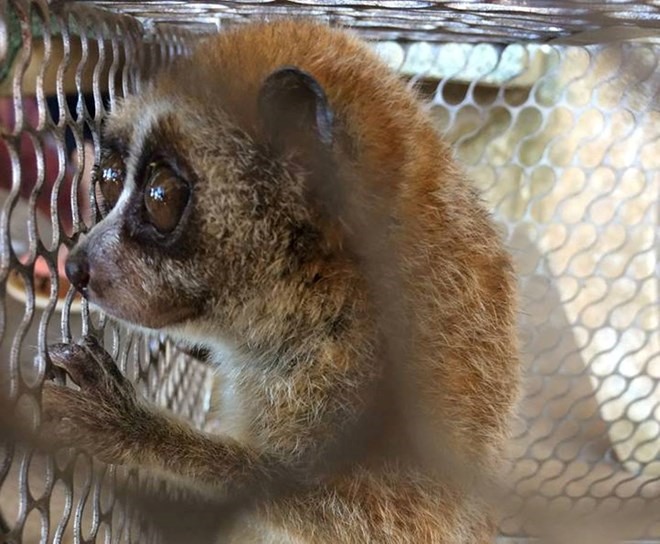 A loris is rescued from a restaurant in Đồng Nai Province. – Photo courtesy of ENVViet Nam News

HÀ NỘI – At least 72 wild animals were released in their natural habitat in the first month of the year, according to Education for Nature Việt Nam (ENV).They include pangolins, monkeys, turtles, lizards, lorises and birds. Some of these animals were rescued by people and some by police after busting cases of animal trafficking.Illegal breeding of wild animals in homes and restaurants have been prevalent in the country. Many such cases were found out through ENV’s hotline number 18001522, ENV representatives said.On January 16, competent forces in southern Đồng Nai Province’s Thống Nhất District freed two lorises which were kept in a cage for show at a rest stop.

A monkey was rescued from a coffee shop in Đà Nẵng City and was released in Sơn Trà nature reserve centre on January 19.