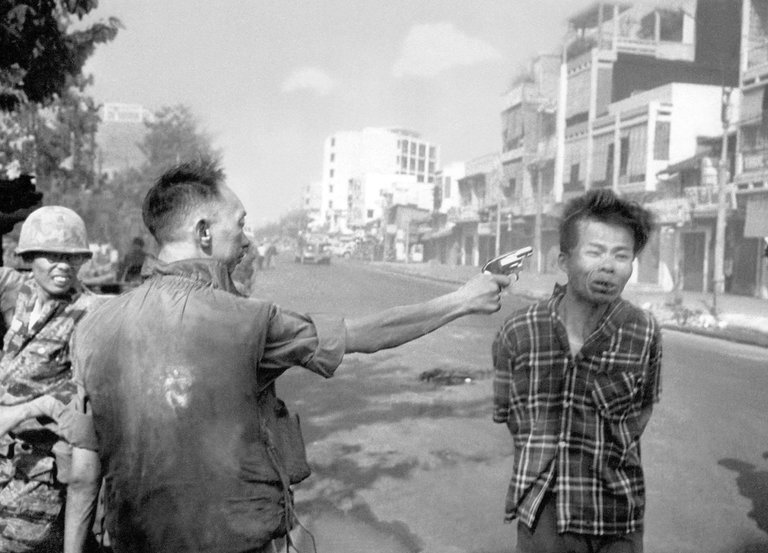 “. . . Then there was the fallout for the person for whom viewers had the least sympathy: General Loan, the executioner, who would eventually move to the United States. In 1978, the government tried unsuccessfully to rescind his green card. He died 20 years later in Virginia, where he had run a restaurant.

Adams himself, before his death in 2004, expressed discomfort with the consequences of his photo. He noted that photographs, by nature, exclude context: in this case, that the prisoner had killed the family of one of General Loan’s deputies.

“Two people died in that photograph: the recipient of the bullet and Gen. Nguyen Ngoc Loan,” he wrote in Time magazine. “The general killed the Viet Cong; I killed the general with my camera.”

“Still photographs,” Adams wrote, “are the most powerful weapon in the world.” “

Source: A Photo That Changed the Course of the Vietnam War – The New York Times