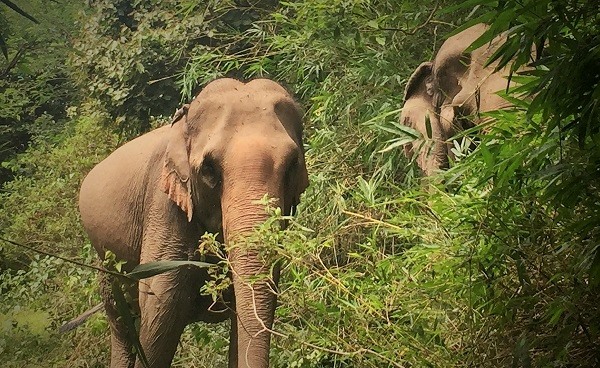 Ban Nang was the first domesticated elephant in Đắk Lắk Province to become pregnant during the past 20 years. — Photo vietnamnet.vn

Viet Nam NewsĐắk Lắk — The first domesticated elephant in the Central Highlands province of Đắk Lắk to become pregnant in 20 years delivered a stillborn calf last Sunday, the Elephant Conservation Centre has reported.The male baby weighed around 90kg.The 38-year-old mother, Ban Nang, had gone into labour but did not deliver for long, veterinarians at the centre said.The animal is owned by Y Mứ Bkrông of M’Liêng village, Liên Sơn town.Huỳnh Trung Luân, director of the centre, said veterinarians had gone into the forest every day to check on the creature and foreign experts too had been on the job.Ban Nang had been released into the forest when it was six months pregnant so that it could give birth in the wild, he said.But the delivery had possibly been difficult because Ban Nang was too old and the centre’s veterinarians had no experience in caring for pregnant elephants, he said.