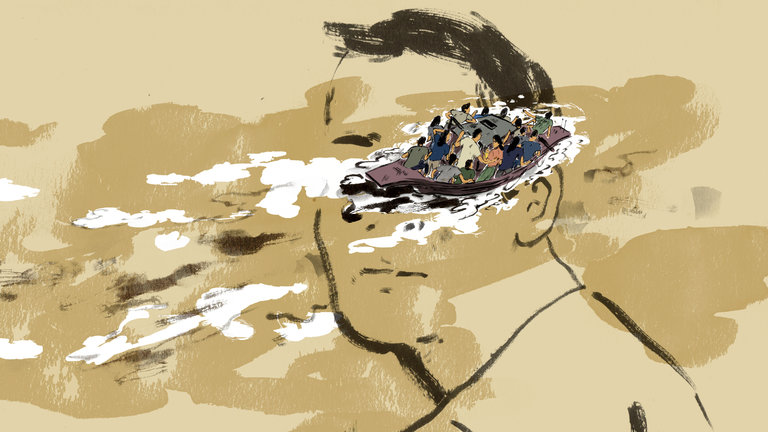 “Many people have characterized my novel, “The Sympathizer,” as an immigrant story, and me as an immigrant. No. My novel is a war story and I am not an immigrant. I am a refugee who, like many others, has never ceased being a refugee in some corner of my mind.Immigrants are more reassuring than refugees because there is an endpoint to their story; however they arrive, whether they are documented or not, their desires for a new life can be absorbed into the American dream or into the European narrative of civilization.

By contrast, refugees are the zombies of the world, the undead who rise from dying states to march or swim toward our borders in endless waves. An estimated 60 million such stateless people exist, 1 in every 122 people alive today. If they formed their own country, it would be the world’s 24th largest — bigger than South Africa, Spain, Iraq or Canada”