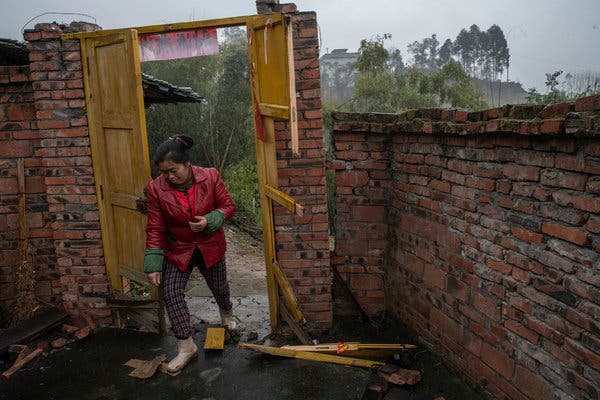 “GAOSHAN, China — The first earthquake struck this small farming village in Sichuan Province before dawn on Feb. 24. There were two more the next day.

Sichuan is naturally prone to earthquakes, including a major one in 2008 that killed nearly 70,000 people, but to the rattled villagers of Gaoshan, the cause of these tremors was human-made.

The drilling Ms. Yu referred to was hydraulic fracturing, or fracking. The technology, which has revolutionized the production of natural gas and oil in the United States, has created a boom in China, too, and with it many of the controversies that have dogged the practice elsewhere.

In the hours after the quakes, thousands of residents converged outside the main government building in Rong County to protest widespread fracking in the rolling hills and valleys here now yellowing with the flowering of rapeseed.

A shale gas drilling station in Rong County. In the last decade, the China National Petroleum Corporation alone has invested $4 billion in fracking shale gas in the Sichuan Basin.CreditGilles Sabrie for The New York Times
Image 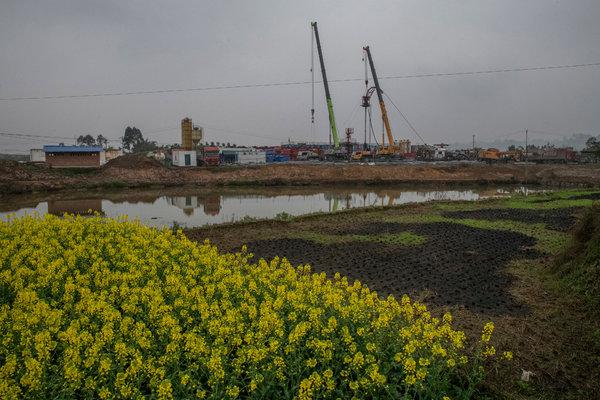 The protesters jostled with security guards along a sliding metal gate and dispersed only after officials announced they had suspended fracking operations of a regional subsidiary of China National Petroleum Corporation, the country’s largest oil and gas producer.”

Source: China Experiences a Fracking Boom, and All the Problems That Go With It – The New York Times