Opinion | Trump to China: ‘I Own You.’ Guess Again. – by Thomas Friedman – NYT 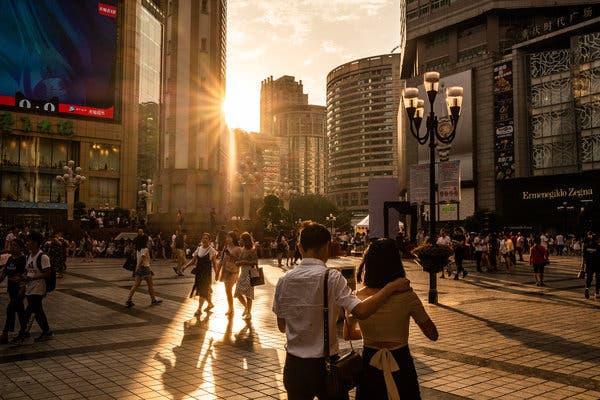 Tags: by Thomas Friedman, Trump to China: ‘I Own You.’ Guess Again.

Where were you hiding all this time, brother?

In Pakistan, Ms. Riaz is not only considered a hopeless peacenik but also a bit of an India lover. She has reason to be. In the 1980s, like many writers and activists, Ms. Riaz was made to leave Pakistan by the then military regime. While others took refuge in Western countries, Ms. Riaz chose to go into exile in India, where she then lived for more than six years. She is a much-loved poet who is not afraid of speaking truth to power at home and abroad. She is also not afraid of hoping.

Last Thursday other peaceniks in Pakistan and India were hoping, too, as the two countries agreed to resume talks. The wave of optimism lasted a day.”

Source: Opinion | That Thing That India and Pakistan Do – The New York Times

Tags: By Mohammed Hanif, That Thing That India and Pakistan Do

How to Stop Poaching and Protect Endangered Species? Forget the ‘Kingpins’ – by Rachel Nuwer – NYT 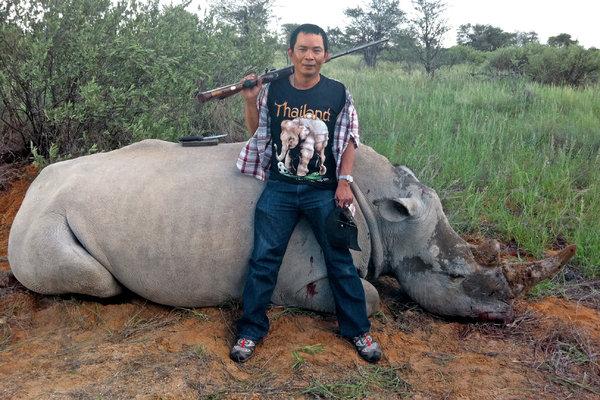 “In 2003, enterprising criminals in Southeast Asia realized that they could exploit a loophole in South Africa’s hunting laws to move rhino horns legally across international borders. Normally, North Americans and Europeans account for the bulk of South Africa’s rhino hunting permits. But that year, 10 Vietnamese “hunters” quietly applied as well.

Hunters are allowed to transport legally obtained trophies across borders under various international and domestic laws. The Vietnamese hunters each returned home with the mounted horn, head or even whole body of a rhino.

Word spread. Though Vietnam and other Asian countries have no history of big-game sport hunting, South Africa was soon inundated with applicants from Asia, who sometimes paid $85,000 or more to shoot a single white rhino.

That represented the beginning of an illicit industry referred to as pseudo-hunting — a first step toward the rhino poaching crisis that rages today. And the story of one of its chief practitioners shows the lengths to which criminals will go to move wildlife contraband.”

Source: How to Stop Poaching and Protect Endangered Species? Forget the ‘Kingpins’ – The New York Times

Tags: by Rachel Nuwer, How to Stop Poaching and Protect Endangered Species? Forget the ‘Kingpins’

Posted in: The Sixth Extinction of Species

Editorial | Will Donald Trump Stand Up to China? – The New York Times

“President Xi Jinping has imposed China’s most sweeping internment program since Mao Zedong’s Cultural Revolution of 1966-76, when more than one million people were killed and millions of others were imprisoned, tortured and humiliated.

Citing credible reports, a United Nations panel last month said up to one million Uighurs, a Turkic Muslim minority, are being held in detention camps without benefit of any formal legal process. The repression is severe enough to have raised concerns even within the Trump administration — not known for a preoccupation with human rights abroad — and the administration is weighing possible sanctions against the regime, a step that justice clearly demands.

Mr. Xi is China’s most powerful modern leader, and he is turning his country into an economic and political powerhouse. But his achievements are deeply tainted by human rights abuses, including the repression of the Uighurs, the largest of the Muslim ethnic groups in the Xinjiang region of northwestern China.”

Source: Opinion | Will Donald Trump Stand Up to China? – The New York Times

David Lindsay:  I support this editorial, but not holding my breath.

Here are some good comments which I endorsed:

How can we accuse China of violating the United Nations Universal Declaration of Human Rights when was are the ONLY industrialized country that has never ratified that pact?

Our history of standing up for human rights in other countries has been based on self-interest. Why would we intervene on behalf of a people with no oil or strategic value?

I will say that while our own history of human rights violations is nothing to brag about, we have made progress, albeit uneven, and are doing better than many places. We need to hold the belief that we are committed to human rights here and abroad and that this commitment should be renewed by this administration.

The one thing that stymies my imagination is Donald Trump making a speech in sympathy with the Uighurs.

I do hate at this point to tattle
D. Trump is outmatched in this battle,
Purely on IQ’s
Trump is bound to lose
The bars of his Playpen he’ll rattle.

President Trump does not care two hoots about human rights. He instead admires dictators and autocrats. He could be hypocritical in many things but not when it comes to administration of totalitarian regimes.

Posted in: Bullies and Scoundrels, China