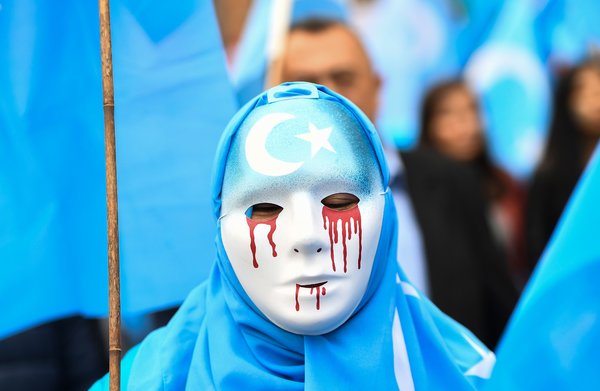 “What does it take to intern half a million members of one ethnic group in just a year? Enormous resources and elaborate organization, but the Chinese authorities aren’t stingy. Vast swathes of the Uighur population in China’s western region of Xinjiang — as well as Kazakhs, Kyrgyz and other ethnic minorities — are being detained to undergo what the state calls “transformation through education.” Many tens of thousands of them have been locked up in new thought-control camps with barbed wire, bombproof surfaces, reinforced doors and guard rooms.

The Chinese authorities are cagey and evasive, if not downright dismissive, about reports concerning such camps. But now they will have to explain away their own eloquent trail of evidence: an online public bidding system set up by the government inviting tenders from contractors to help build and run the camps.

Uighurs have more in common, culturally and linguistically, with Turks than Han Chinese, and many Uighurs are Muslim. Resentful of China’s heavy-handed rule in the region, some have resisted it, usually through peaceful means, but on occasion violently, by attacking government officials and, exceptionally, civilians. The state, for its part, fuels Islamophobia by labeling ordinary Muslim traditions as the manifestation of religious “extremism.””