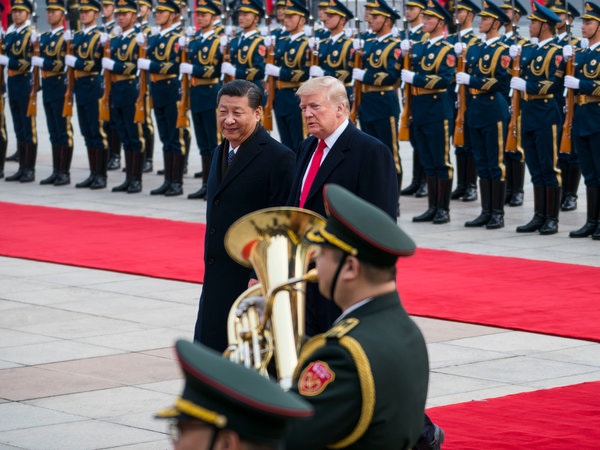 “There could scarcely be a more explicit offer of China as an alternative, single-party, authoritarian model to the liberal democratic system of the United States (of which Trump has been such a feeble advocate). China is now “actively pursuing almost an ideological competition with the United States,” said Yun Sun, a senior associate at the Stimson Center. Xi’s speech was “a declaration of the Chinese saying that we have won this game, we are winning this game.”

They are, for now. The Chinese gambit — in the past, China has been reticent about offering itself as a global paradigm — comes at a moment of American democratic fracture. It’s a good moment for Beijing to talk of arriving “center stage.” Trump does not really have ideas. He has impulses (like his dangerous infatuation with Saudi Arabia).

On his Asian swing, the president spoke of pursuing a “free and open Indo-Pacific region” built around democracies including India, Japan and Australia. This was the right thing to say to counter China. Hundreds of millions of Asians outside China don’t want to find themselves obliged to study Xi Jinping Thought. They prefer liberalism to Leninism.

Xi Jinping Thought calls for building the Chinese military into “world-class forces that obey the party’s command, can fight and win.” It portrays the leadership of the Communist Party as “the defining feature” of Chinese society.”

Source: Opinion | China Has Donald Trump Just Where It Wants Him – The New York Times