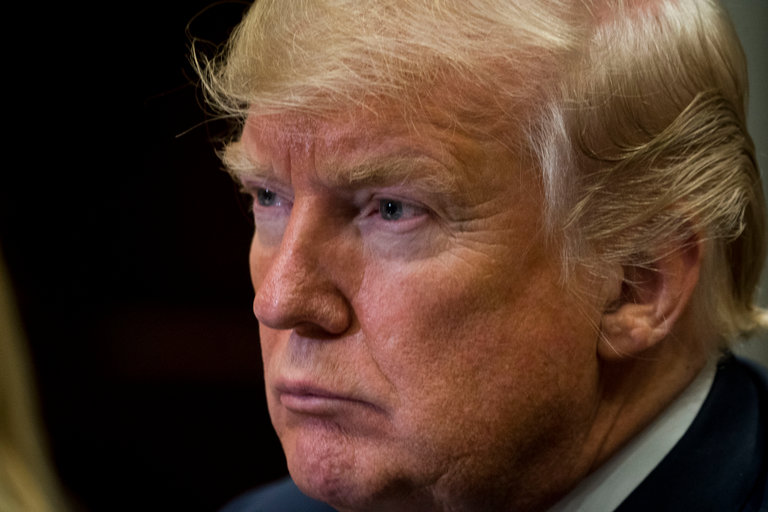 “President Trump said he would impose about $60 billion worth of annual tariffs on Chinese imports on Thursday as the White House moved to punish China for what it says is a pattern of co-opting American technology and trade secrets and robbing companies of jobs and billions of dollars in revenue.

The measures come as the White House grants a long list of exemptions to American allies from steel and aluminum tariffs that go into effect on Friday, including the European Union, which has lobbied aggressively and publicly for relief from the trade action.

“The word that I want to use is reciprocal,” Mr. Trump said in announcing the tariffs in the Diplomatic Room of the White House. “If they charge us, we charge them the same thing.”

The China tariffs are his strongest trade action yet against a country he has branded an “economic enemy.” They fulfill one of his core campaign pledges, to demand more reciprocal deals with trading partners around the world.

But coupled with the administration’s decision to exempt the European Union, South Korea, Brazil, Canada, and Mexico from the tariffs on cheap metals, the action demonstrates how much Mr. Trump’s nationalist trade agenda is really targeted at a single country: China.”

“The tariffs, which the United States trade representative will publish within 15 days, will target 1,300 lines of Chinese goods — everything from shoes and clothing to electronics, administration officials said.” I understood the the argument for steel and aluminum, but what is the argument for these other 1,298 products? All the mainstream economists that I learn from, say that tariffs are toxic. The Chinese are famous for their intelligence, work ethic and pride. If they feel insulted, and have lost face, they will be forced to retaliate. Can Boeing stay on top without one of their biggest customers? Or did their stock price just drop almost 4% for no reason?

A five or ten percent tariff on just Chinese steel and aluminum might have been a more prudent test of the waters. Rejoining the TPP asap, would probably do more for the US economy and economic defense, than the steel tariff. The Chinese play like a people at war with the West, and they probably are, since they still have a score to settle over the bombardment and destruction of the Spring Palace, and its mulitude of treasure buildings and libraries, in the 1840’s, during the ugly opium war. The civilization that invented, paper, writing, gunpowder, history and literature, should be courted with carots as well as with sticks.

David Lindsay Jr. is the author of “The Tay Son Rebellion, Historical Fiction of Eighteenth-century Vietnam,” and blogs at here and InconvenientNewsWorldwide.wordpress.com