The Road to Tet – by George Herring – The New York Times

“In popular memory, America’s war in Vietnam begins sometime in the Kennedy administration. But its roots go much deeper, to the end of World War II and the revolution of Ho Chi Minh’s Viet Minh against French colonial rule.

As part of its broader — in this case misguided — Cold War policy of containing communism, the United States supported France’s war against the Communist-led Viet Minh, paying close to 80 percent of the cost by 1953. The war ended in 1954, with Vietnam divided at the 17th parallel, pending elections to be held in two years.”

Tags: The Road to Tet - by George Herring - The New York Times

“HCMC – Concerned about the high possibility of population ageing in near future, the Ministry of Health has proposed relaxing the two-child policy in the draft population law.

The draft law, which has been sent to the Ministry of Justice for comment, presents two options for population planning: first, permitting couples and individuals to decide on the number of children they want to have but to an acceptable extent, and second, keeping the current two-child policy in place.

If the two-child policy is maintained, the population will age and the economy will face a labor shortage crisis in the next 5 to 10 years, said Nguyen Huy Quang, head of the Department of Legislation under the Health Ministry.

The current birth rate varies greatly among regions, cities and provinces. In certain places, the birth rate is far below replacement level, according to data of the ministry.For example, the rate is 1.45 children per woman of childbearing age in HCMC and 1.56 in Ba Ria-Vung Tau. Meanwhile, in most of the northern midland and mountainous provinces, the average fertility rate is 2.5 and the highest is 3.11 in Lai Chau.”

As the Earth Shook- They Stood Firm – The New York Times

“In January 1967, when the First and 25th Infantry Divisions of the United States Army began Operation Cedar Falls, their all-out offensive against the Communist strongholds of the “Iron Triangle” northwest of Saigon, Vo Thi Mo, 20, was ready.Born in Cu Chi, in the middle of the Cedar Falls battle zone, Ms. Mo had been in the fight against American troops and the Army of the Republic of Vietnam — the South Vietnamese force, known as ARVN — since the age of 13, when she helped to build the extensive tunnel system that southern Communist forces, known as the National Liberation Front (and to its enemies as the Vietcong), used as barracks, command center and communications network.”

1967: The Era of Big Battles in Vietnam – The New York Times 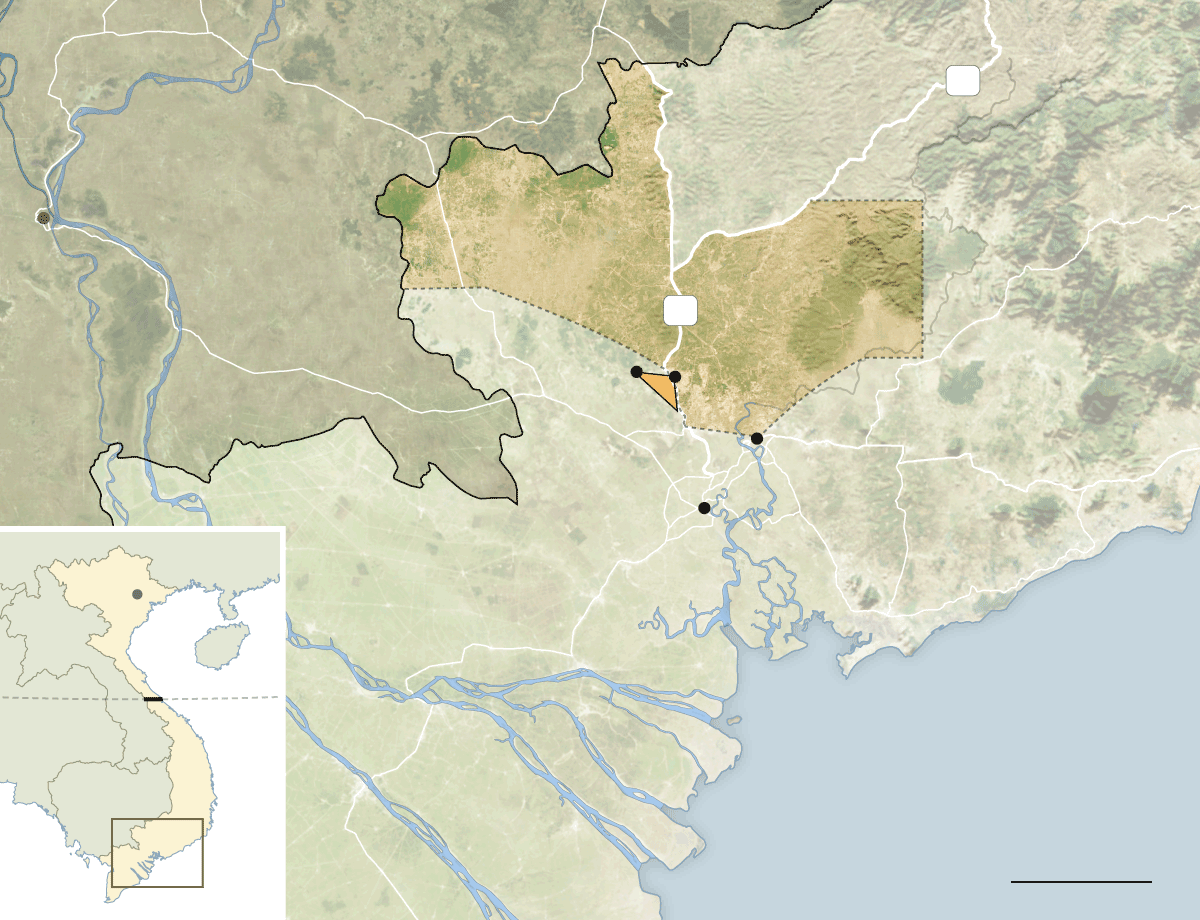 “By never allowing their large units to engage American large units, the Viet Cong and North Vietnamese units could remain organizationally intact and live to fight another day. The “era of big battles” was supposed to put the Americans on an offensive footing, but 70 percent of all contacts were initiated by the Viet Cong and North Vietnamese. The Communists were fighting the war on their own terms and chose when, where and how long to fight, which ultimately would result in victory.”